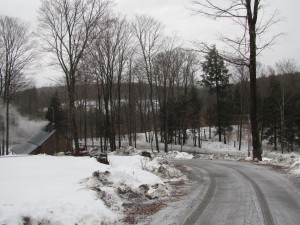 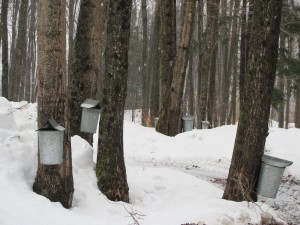 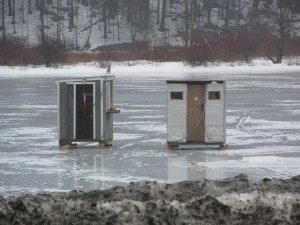 Rain, ice, sleet, snow, mud, sunshine and dramatic shifts in temperature – sure signs of spring in Vermont. A record-breaking snowstorm to the north, rain in the south, and ice coating everything at the higher elevations. First boil of the season yesterday, after gathering sap in the pouring rain the day before. Steam rising from the sugar house, bare earth appearing between large patches of snow and ice, a fresh dusting of snow, and a smattering of blue sky. A stretch of the West River a sea of broken and burst ice, the fishing shacks coming off the ice at the estuary where the West meets the Connecticut River. Soon we’ll be tasting the sweetness of spring, and the first of the season’s maple syrup.

This site uses Akismet to reduce spam. Learn how your comment data is processed.

Winter, back again
Favorite place to cook soup
Wishing a happy and healthy new year to dear friends and family near and far.
White garden this morning. Savoring the very last calendula blooms.
Last blasts of color
Clearing skies after the rain
Dear leaves, please please linger longer
Thank you birds for leaving a few for us
Big sky

“I know of a cure for everything: salt water…sweat, tears, or the salt sea.”